This year we have 12 members that are Octogenarian (a person whose age is in the eighties) and above! But we’ll never tell their age!!

Regretfully three of our treasured Octogenarians passed away during 2020; E.C. Lewis, who was one of the founding members of Chilton County Master Gardener Association, Bob Bates, and Margaret Ennis. This is always very hard for us, especially this year with so many having Covid-19 and having loved ones sick with that, too. They will surely be missed. But on a brighter note, we gained two in our Octogenarian group; Wally Walters and Jimmy Knowles. Now whether or not they think reaching 80 is a good thing or not remains to be seen! I guess you could say Yes or No, according to how you look at it. Anyway, we always love our 80’s members and love seeing you at the meetings!

We’re so lucky to have TWELVE Octogenarians (80 & above) in our Association! Meet them today!

When I first wrote about our OCTOGENARIANS, we had four. Today we have nine!

Now that is a big word, and one that we don’t use in our every day speech, but a person that has lived for such a wonderful length of time deserves to have a special word to describe them.

The Chilton County Master Gardeners Association is blessed to have nine members that are Octogenarians. And along with this descriptive word comes a bonus of having a Lifetime Membership in CCMGA. 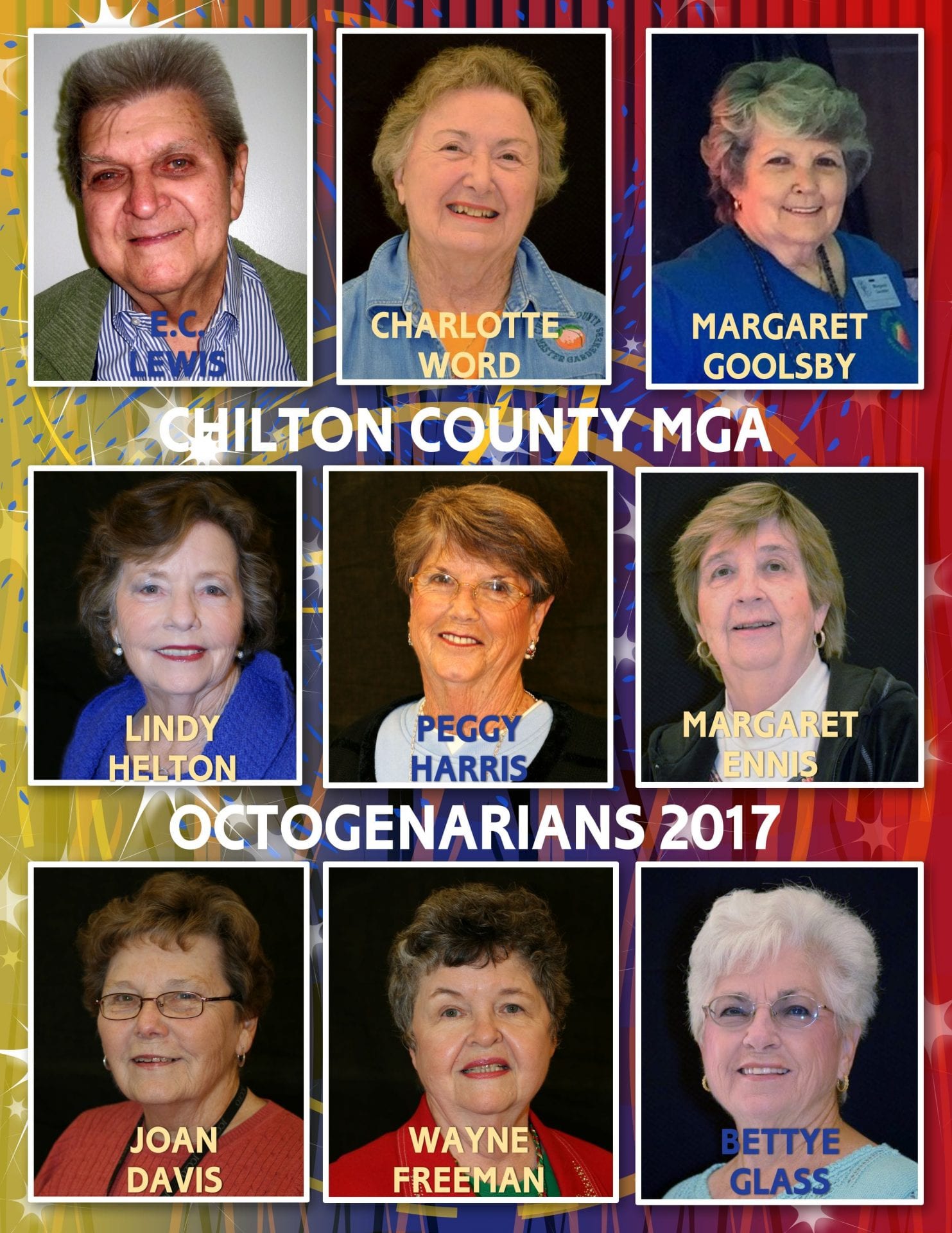