UPDATE ON OUR OCTOGENARIANS:

The Chilton County Master Gardeners Association now has 10 Octogenarian members.  And along with this descriptive word comes a bonus of having a Lifetime Membership in CCMGA.  John Wallace, who certified in 2018, also became our 10th Octogenarian in 2018.

Now that is a big word, and one that we don’t use in our every day speech, but a person that has lived for such a wonderful length of time deserves to have a special word to describe them! 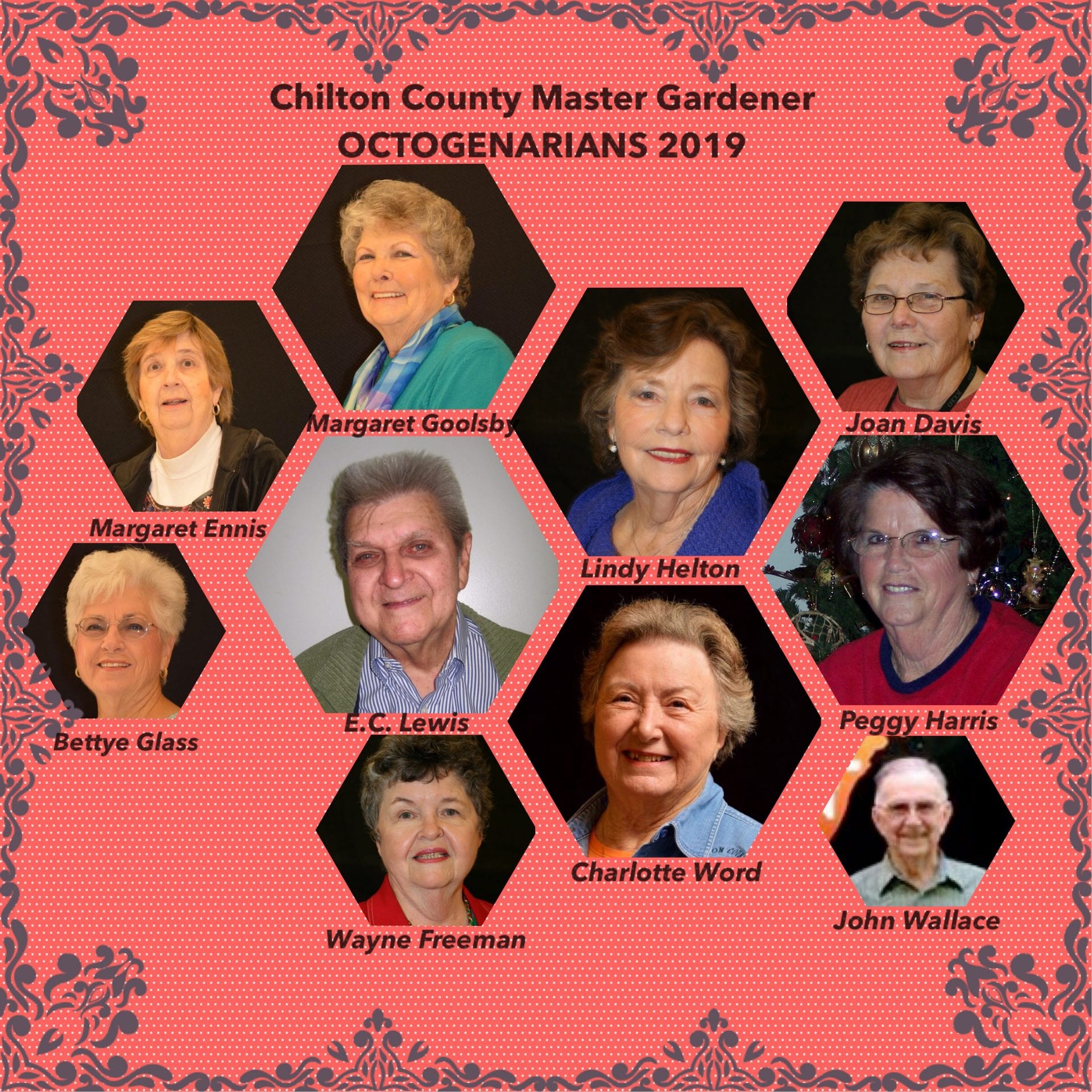